The longest ridden to Fremantle is our own Fleur (formerly of the Canberra Swarm). After a service, clutch change and the installation of a very trick intercom system on her trusty PX 200 at S.S Scooter Engineering, she traveled from Sydney to Canberra to rendezvous with her friends Chris and Nikki, to tackle the unrelenting Nullarbor plains.

During her 13 day ride, she encoured many unique Australian characters including a man walking around Australia in a Storm Trooper uniform raising money for the Starlight Foundation (http://www.everydayhero.com.au/troopertrek), and at night she continued to train for the Melbourne marathon she was running the week after.

Along the way, a tire change was all that was needed for her to conquer  the rugged Australian landscape and assert herself as a true Australian scooter legend by covering more than 5200km on her voyage. Well done Fleur James! 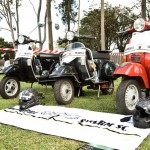 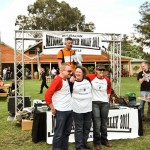 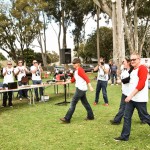 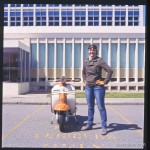 We offer for modern and classic scooters models: