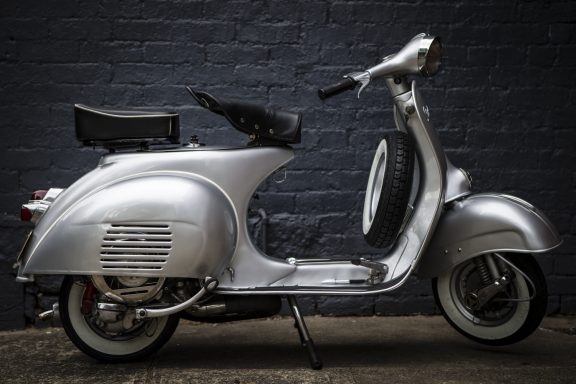 VESPA 150 with a Pinasco tuning cylinder, 24 mm Dellorto, 12V conversion, 4-speed gearbox: added sparkle to the last restoration rolling out the doors before Christmas!   Ride Safe and see you all in the new year!

Spring is here- time to ride!

Our latest rebuild is about to hit the road ready for spring.  This Vespa has been given a new lease of life.  It’s owner rides it almost 5000km annually. And in the last few years it has suffered its fair share of knocks.  She has chosen gorgeous  teal green, and with 12v electrics and retro […] 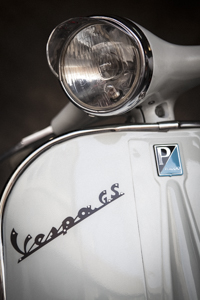 This GS 160 MK 1 is  now a world traveller, and in 50 years she is has done a full circle of the globe. She is was originally imported from the USA (non-battery model GS160) and brought to Sandy at S.S Scooter in need of a full restoration a year ago. But now she is […] 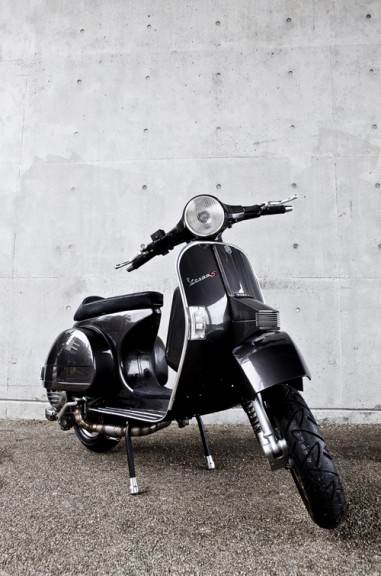 From a Bondi Beach Bather to PX Street Burner. Living it’s entire life by Bondi Beach without wearing any protection, this PX was suffering from an extreme case of cancer. With a rusted through frame it was time for me to overhaul and save this Bondi Beach Bather. The first job was weld in a […] 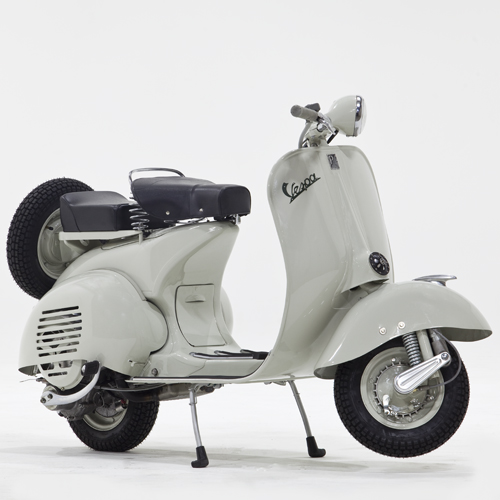 Like most Australian imported Vespas and Lambrettas we find a huge discrepancy in our models compared to their Italian mothers. This Vespa, with its frame number VN2T should be a Faro Basso model (low light or lamp down). In other words, the headlight is mounted on the mudguard, and should also have a 125cc powered […] 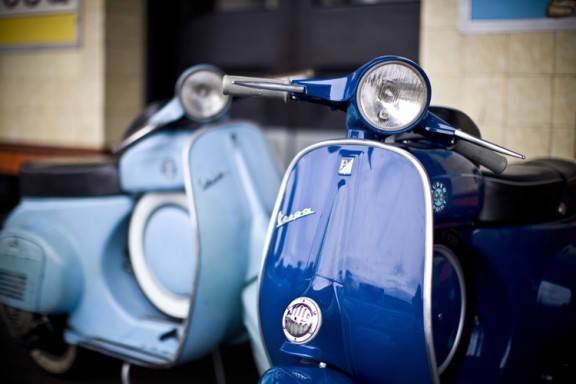 With two of the rarest and coolest Vespa’s made in the SS Scooter  workshop, the opportunity to photograph them could not be  missed. With Sandy’s unmolested and unrestored SS90, sitting next to Tony Dunham’s beautiful and  meticulously restored SS90 made for a rare and beautiful sight on a steamy  Sydney summers day. \

Friday feature scooter: Vespa PX 200 Street Racer (photographed by Wolfwerk Photography , built by SSScooter: With an initial brief to turn his every day ride into a “wolf in sheep’s clothing”, this machine quickly went the opposite direction when just before the build the owner went for a “full-on” orange veneer. With the stainless […]